poetry – What did “Moloch” represent in Allen Ginsberg´s poem “Howl”?

The first and second parts of Howl are, in a way, a question and an answer. One cannot read the terrible things that happened to real people and not think, “Why were these brilliant thinkers driven to madness? What could make a man jump off a bridge, unloved and alone, before despairing of even the certainty of death? What could make someone drink themselves to death? What in the name of sanity could drive people to tear their clothes in protest in the streets?” As Ginsberg himself asks later on,

What sphinx of cement and aluminum bashed open their skulls and ate up their brains and imagination?

Moloch. Moloch is the answer to all of these questions, and the others which Ginsberg convinces us to ask as we read Howl, Part I. In its original incarnation, Moloch was a child-sacrifice-demanding god who would strike fear into worshippers’ hearts. It is, then, no surprise that he was the choice to describe the social and industrial machine that Ginsberg believed was devouring his generation. Those intellectuals had done nothing wrong, yet vices and society were killing them. So what, specifically, is Moloch?

I encourage anyone who desires to answer that question to read Part II, over and over. Every word, every sentence, every plea has the essence of the hell the author sees around him. Yet in the chaos, several repeated themes arise.

Cold metal and steel crush humanity’s individuality, as each worker is forced to sacrifice their own thoughts and minds for the sake of industrial efficiency. Anyone who has seen Fritz Lang’s Metropolis may recall the shock the protagonist, Freder, feels when he witnesses the workers moving precisely in unison to ensure that the gigantic machine, Moloch, continues to run. The horrifying scene that follows explores the view of an outsider realizing for the first time what workers must sacrifice for the good of humans as a whole: Their own humanity.

There are, of course, quite a few lines which support this symbolism:

Moloch whose mind is pure machinery!

Ginsberg views Moloch as the antithesis of his generation. Its “mind is pure machinery” while the artists and writers of the Beat generation are the exact opposite. Its “love is endless oil and stone”, cold and deathly, while the love of a human is soft and gentle (see also the sex in Part I, to some extent). Its gods are skyscrapers and factories, quite unlike most modern-day religions.

It’s quite easy for members of my generation, young and collectively blind, to consider the Beat generation and the counterculture movement to be two aspects of the same underlying societal response. The onset of American involvement in the Vietnam War seems to be our image of the anti-war movement in the 1960s. Indeed, we do see some references to what may be the scorning of individuality and free thought in the military in several lines:

Moloch the vast stone of war!

At the same time, there are general references to government and the enforcement of social norms. Part III of Howl is largely about the psychiatric confinement of Carl Solomon in mental institutions, but the same theme pops up in Part II. Some general anti-government, anti-authority phrases are

Moloch the incomprehensible prison! Moloch the crossbone soulless jailhouse and Congress of sorrows!

It’s clearly not evident from these lines alone what some of these phrases mean, but I’m a bit more convinced from Part III. The entire poem needs to be taken into account to understand any part of it.

Ginsberg’s work is an attempt to throw off the shackles of the societal Moloch, to shout against it, and thus defy and destroy it. However, he cannot. He decries “Moloch whom I abandon!”, but he cannot abandon it, because the madness is inside him already. I’d like to point you do two consecutive lines:

Moloch who entered my soul early! Moloch in whom I am a consciousness without a body! Moloch who frightened me out of my natural ecstasy! Moloch whom I abandon! Wake up in Moloch! Light streaming out of the sky!

It is one thing to be destroyed by society, and it is another thing entirely to destroy yourself. Think back to Tuli Kupferberg, who jumped off a bridge, or Bill Cannastra, decapitated while drunkenly jumping out a subway window, or any other member of that generation who nearly reached death by their own hands. They drank and they lived wildly and they stuck their heads in ovens, and it is so easy to just blame Kupferberg and Cannastra and Carr and the others for what was, or was almost their ruin.

But it wasn’t their fault. The agony, the anger, the frustration, the madness was thrust upon them by their experiences with society, and even afterwards, it stuck with them. Emotional turmoil drove them to self-destruction, yet its seeds came from without, not within. Moloch was inside them all.

Allen Ginsberg Reads His Famously Censored Beat Poem… – The controversial poem became his best known work, and it now occupies a central place in the Beat literary canon, standing right alongside Jack Kerouac's On the Road Before Banned Books Week comes to a close, we bring you Allen Ginsberg's 1955 poem, Howl.Ginsberg views Moloch as the antithesis of his generation. The onset of American involvement in the Vietnam War seems to be our image of the anti-war movement in the 1960s. Indeed, we do see some references to what may be the scorning of individuality and free thought in the military in several…Howl. By Allen Ginsberg. For Carl Solomon. Moloch whose eyes are a thousand blind windows! Moloch whose skyscrapers stand in the long streets like endless Jehovahs! poem. Footnote to Howl. By Allen Ginsberg. 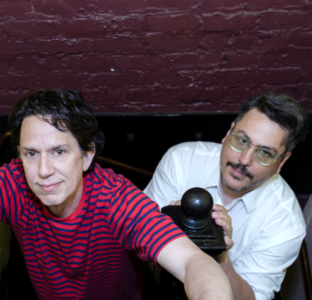 Howl by Allen Ginsberg | Poetry Foundation – Allen Ginsberg's Howl. Filed Under: Essays. 2 pages, 679 words. In this respect, Ginsberg makes a direct emphasis to the uses of drugs, many kind of drugs, and its diverse effects that As a kind of psychedelic diary, a product shaped in that way due to the use of drugs, the poem is transformed little…Howl was written by Allen Ginsberg in 1955 and is probably the most important, most discussed and one of the best known poems of the 20th century. Even its first public reading represents one of the major events on modern literary history (Gaughan 124).Ginsberg had written nothing like Howl before Howl. Instead, he had imitated (reams of Ginsberg once called the poem "an emotional time bomb that would continue exploding in U.S. consciousness in case our military-industrial-nationalist complex solidified." 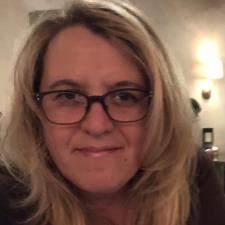