Which of the following pairs of elements is most likely to form an ionic compound?

Give it up Brooke. And by the way, there are no 100% ionic compounds.

In fact there are NO 100 percent ionic compounds. Even the bonds in CsF which have the greatest electronegativity difference (DEN) are 8 percent covalent.

More chemical bonds are covalent than are ionic. All bonds like along a continuum between ionic and covalent and have some characteristics of both. We choose an arbitrary point (where the electronegativity difference is above 2.0) to say that a bond is predominately ionic.

It is possible to compute the percent ionic character in a bond with the following formula:

There are many folks who still don’t understand that bonding cannot be reduced to either “ionic” or “covalent. Keep in mind that there are NO compounds which are completely ionic. Actual chemical bonds lie along a continuum between covalent and ionic. Even the most ionic of bonds (Cs-F) is not completely ionic (it is 8 percent covalent) and share electrons to a certain degree.

In KCl the bonds are very polar covalent. The electronegativity difference is (3.16-0.82 = 2.34) great enough to say that the bonds behave as if they were ionic (yet the percent ionic character is 75 percent ionic, or 25 percent covalent).

Sodium sulfate also has a high percent ionic character, while sucrose has bonds which are much more covalent in nature (it has the same bonds as does benzoic acid).

Sometimes people think that if they dissolve the compound in water and the solution conducts electricity that the compound will be ionic. This only works part of the time. Lots of molecular compounds with covalent bonds will dissolve in water to produce ions which will make the solution conduct electricity. So this turns out to be an ineffective test for ionic vs covalent compounds. The best example of why this doesn’t work in hydrochloric acid. Hydrochloric acid is produced with molecular HCl gas, with covalent bonds, dissolves in water to produce hydrogen ions and chloride ions. There are many other compounds which will produce ions in solution, but which have predominately covalent bonds.

A better test that involves conductivity is to melt the compound. If the molten substance conducts electricity then there is a greater likelihood that the compound contains ions, and has ionic bonds.

The bottom line is that the type of bonding is not as clear cut as some teachers (who aren’t chemists) try to make it out to be. To determine the predominate type of bonding you really need to look at a variety of factors including dipole moment, bond energy, electronegativity difference, and whether the compound forms discrete molecules or exists as a network solid. 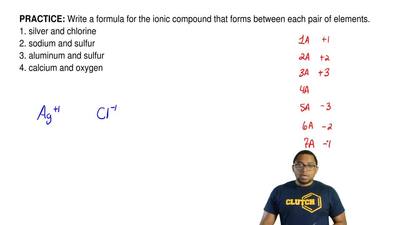 2. Which pair of elements will likely form an ionic bond? – Which of the following chemical formulas correctly represents 2 molecules of silver bromide? 2AgBr C. Ag2Br2 Ag(Br)2 D. 2Ag2Br2 6. What is the What is the correct formula for the compound lithium oxide? 9. The compound formed from the elements calcium and chlorine is known as Chlorine…Ion Formation Patterns. In general, atoms form ions according to the following patterns: Metals in Group 1 have only one electron in their valence shell. Information about electron shells and ion formation can be used to predict how elements will interact to form ionic compounds.Name each of the following compounds, and tell wh… Write appropriate formulas for the ionic compounds you expect to form, and give the name of each. (a) chlorine and bromine (b) phosphorus and bromine (c) lithium and sulfur (d) indium and oxygen (e) sodium and argon (f) sulfur and bromine…

Ionic Compounds | manoa.hawaii.edu/ExploringOurFluidEarth – When searching for pairs of elements that will form an ionic bond, one must be a metal and one must be a nonmetal. Importantly, noble gases, although nonmetals, do not form ionic bonds.To determine common ionic compounds formed by elements, keep the following in mind When you write the formula for an ionic compound, remember that the positive ion is always listed first. Write down the information you have for the usual charges of the atoms and balance them to answer the…Answer : The correct pairs of elements likely to form ionic compounds are, potassium and sulfur, magnesium and chlorine.Explanation :Ionic The ionic bond are formed by the complete transfer of the electrons. That means, the atom which looses the electron is considered as an electropositive… 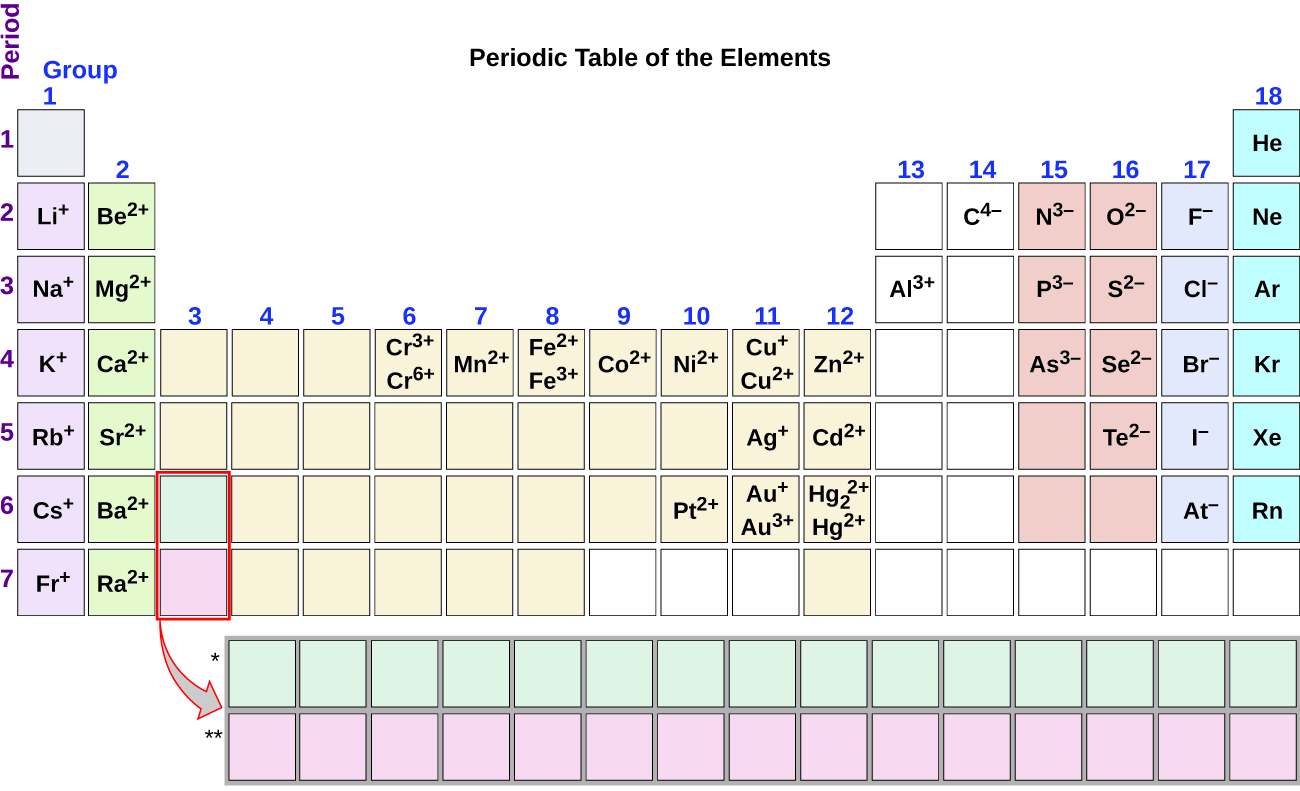 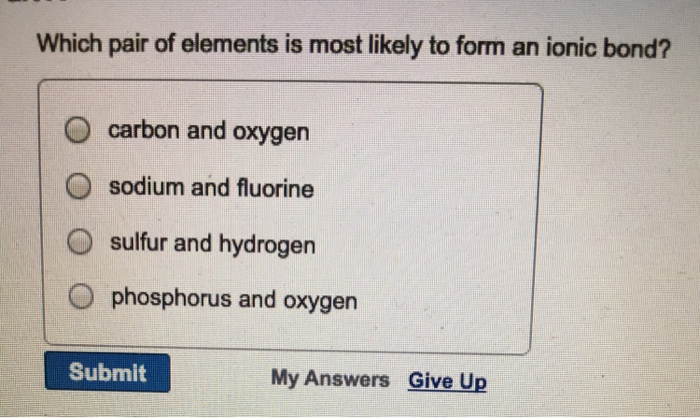 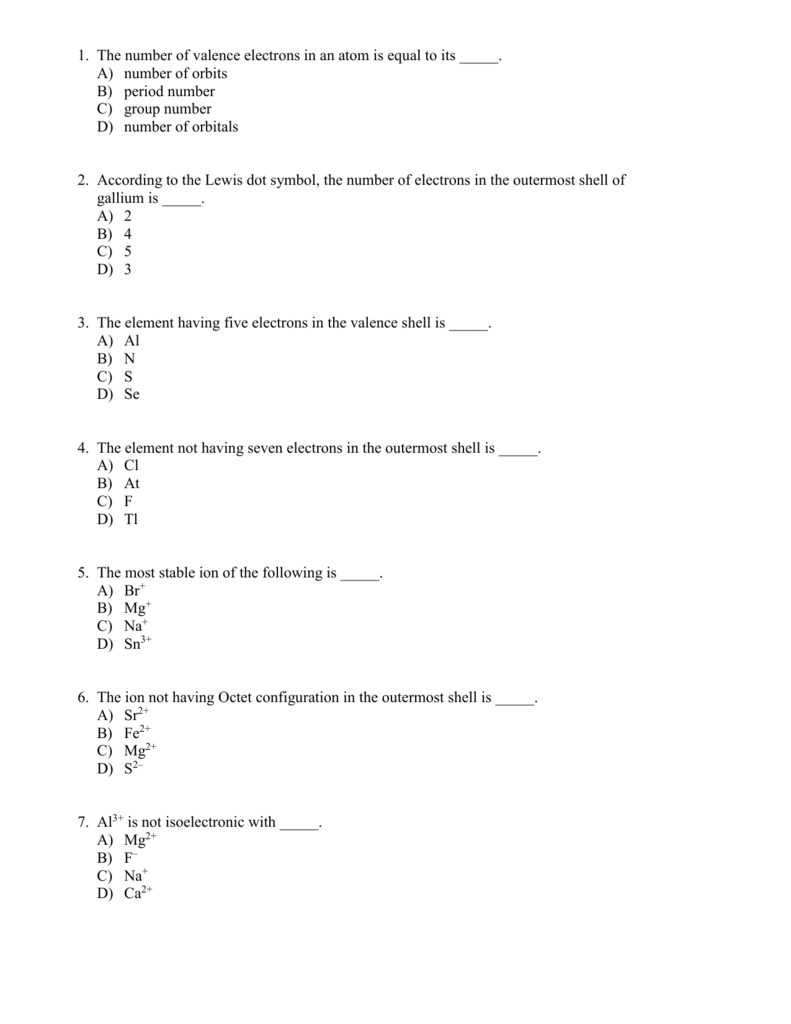